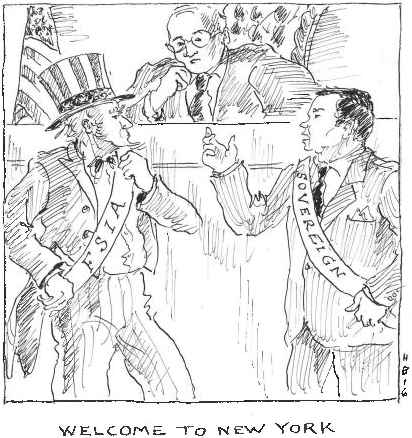 First, the requisite direct effect may be an effect upon any United States investors (whether parties or not).  Plaintiffs asserting this basis for jurisdiction may be either U.S. or foreign investors; the absence of any U.S. investor plaintiffs is not a bar to jurisdiction.

New York has a “strong public policy” of enforcing contractual choice of forum clauses between “sophisticated business entities,” particularly where one of the parties is based in New York.  In this action arising from the termination of a licensing and distribution agreement, the court enforced this public policy in the face of the distributor’s “purposeful disregard of its contractual obligations in favor of an unsanctioned suit in its home country of Australia.”

The court characterized this case as particularly “thorny” because the Australian court previously declined to enforce the parties’ choice of forum agreement on public policy grounds, reasoning that the distributor’s statutory claims against Madden for deceptive trade practices under Australian law had no analog under New York law and would be unavailable to the distributor in the New York proceeding.  Nevertheless, the court stepped in to award the very rare relief of an anti-suit injunction. 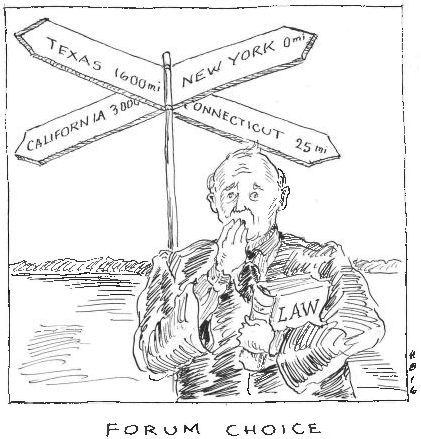 “Extraordinarily unlikely” and “truly exceptional”…Second Circuit decision underscores the difficulty of establishing general personal jurisdiction over out-of-state corporate defendants even where they maintain a substantial physical presence in the forum state.

In Daimler v. Bauman, 134 S.Ct. 746 (2014), the United States Supreme Court made it very difficult (if not impossible) for plaintiffs to establish general personal jurisdiction over out-of-state (including foreign-country) corporations under a traditional contacts-based theory.  Daimler left open the possibility that, “in an exceptional case,” a corporation might be amenable to general jurisdiction in a state where it is neither incorporated nor maintains its principal place of business.  But the Second Circuit in Brown deemed it “extraordinarily unlikely” that an out-of-state corporation’s contacts with the forum state—“no matter how ‘systematic and continuous’”—will ever “add up to an ‘exceptional case’” sufficient to confer general jurisdiction.

In dicta, the court noted differences between Connecticut’s registration statute and New York’s analog.  The Court observed (without holding) that New York’s registration statute might subject a registered foreign corporation to general jurisdiction in New York, and that legislation pending in New York would make that rule explicit.  The court raised the question whether that legislation might violate the United States Constitution’s Due Process clause, but the court gave no indication how it would rule on that issue, which was not immediately before it.