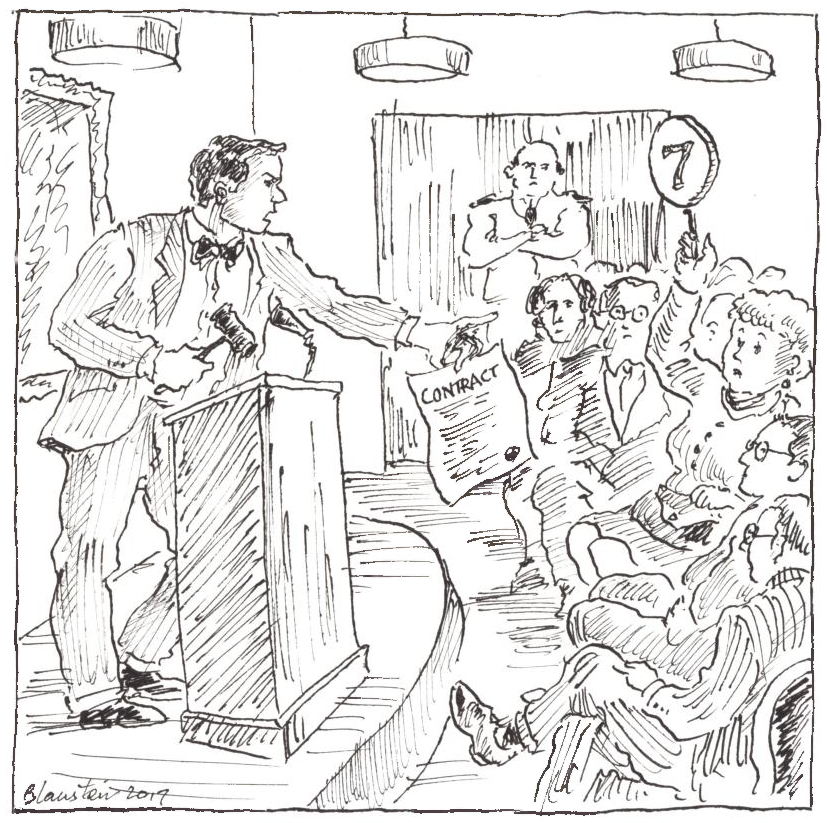 All bids are final … New York Court of Appeals: Seller of syndicated loan was bound by its acceptance of plaintiff’s winning auction bid absent “forthright, reasonable signal” conditioning seller’s intent to be bound on parties’ execution of a written agreement.

When the defendant in a breach of contract action contends that it never entered a binding agreement with the plaintiff, New York courts look to the “objective manifestations” of the parties’ intent as reflected in their “expressed words and deeds” to determine whether (and on what terms) a contract was formed.  When the parties have reached agreement on material terms but one party does not wish to be bound until the agreement has been reduced to writing, it must give a “forthright, reasonable signal” to that effect.  Otherwise, that party risks being bound even absent a written contract.

Applying these principles, the New York Court of Appeals held that the defendant’s acceptance following an online auction of the plaintiff’s bid for a syndicated loan “subject to” execution of a written agreement and payment of a non-refundable 10% deposit gave rise to a binding agreement for the sale of the loan.  Yet after learning of an anticipated increase in the value of the loan, the defendant notified the plaintiff that it “[would] not proceed with this trade because it has no obligation to do so.”

The court rejected the seller’s attempt to back out of the transaction.  It found that “the terms of the sale were preset” by the underlying offering memorandum, and that the defendant’s email accepting the plaintiff’s bid confirmed the material terms of the parties’ agreement, including “the sale price, the specific loan to be sold, the timing of the closing, and the manner of payment and wire instructions.”  And although the plaintiff proposed some technical modifications to the deal documents, the defendant never responded that those modifications were unacceptable.

The court characterized the defendant’s statement that its acceptance was “subject to mutual execution of an acceptable [written agreement]” as “formulaic,” holding that “less ambiguous and more certain language is necessary” to establish the parties’ “intent not to be bound absent a writing.”  The court contrasted this “subject to” formulation with an auctioneer’s statement in a prior case disclaiming any obligation to sell “unless and until” a written contract was executed, which the court deemed sufficient to foreclose any sale absent a written agreement.  Here, the court characterized the execution of a written contract and payment of the deposit as “post-agreement requirements necessary for the consummation of the transfer.”  If anything, therefore, these requirements amounted to conditions precedent to performance—not conditions to contract formation.

Under New York law, a plaintiff suing for breach of contract may claim “benefit of the bargain” damages. The purpose of such damages is to put the plaintiff in the same economic position as if the contract had been fully performed.  In contrast, a plaintiff alleging fraudulent inducement of a contract typically may recover only “out of pocket” damages, i.e., compensation for the actual pecuniary loss directly caused by the fraudulent inducement.

This decision illustrates some of the pitfalls that a fraud plaintiff seeking to prove out of pocket damages should take care to avoid. The Appellate Division, First Department affirmed the dismissal of a corporate acquirer’s claim for tens of millions of dollars in damages resulting from a merger agreement the acquirer claimed was fraudulently induced by the target company’s misrepresentations concerning its recent acquisition of another company.

The court held that the plaintiff “failed to properly calculate” its out of pocket damages for two reasons. First, the plaintiff “conflated the first and second steps” by assuming that the stipulated purchase price for the target company under the merger agreement reflected the target’s actual value “instead of conducting a formal appraisal to determine that actual value.”  The court rejected the plaintiff’s argument that because the contract price was the result of arm’s length negotiations, it should be deemed the “best measure” of the target company’s value.

Second, the court rejected the plaintiff’s expert evidence that the target company’s misrepresentations “inflated” the contract price. Having failed to proffer “admissible evidence of [the target]’s actual value on the relevant date,” the plaintiff could not establish compensable out of pocket damages on the basis that it “would have made a lower offer” but for the alleged misrepresentations. 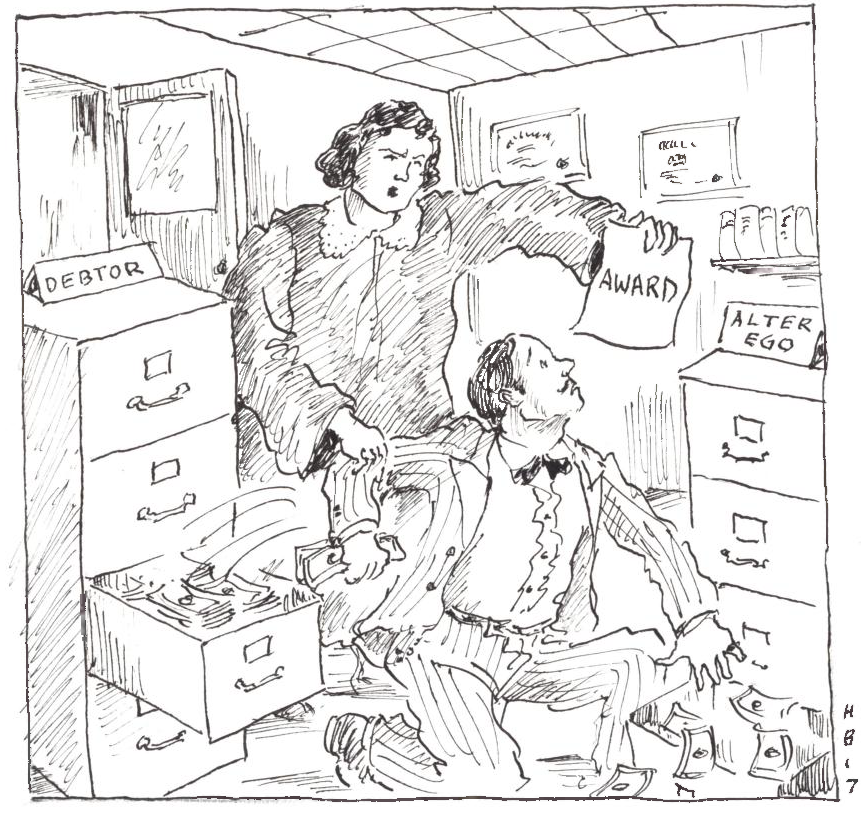 Demise of the two-step tango for award enforcement against alter egos … Second Circuit: New York Convention does not require a party to seek confirmation of a foreign arbitral award before enforcing the award against third parties.

The Second Circuit reversed, holding that the New York Convention and Chapter 2 of the Federal Arbitration Act require that recognition (i.e., the court’s determination that a foreign arbitral award “is entitled to preclusive effect”) and enforcement (i.e., the process of “reducing a foreign arbitral award to a domestic judgment”) must “occur together” in a “single proceeding.”

The court further held that, under the Convention, “the law of the enforcing jurisdiction, here the Southern District of New York,” determines whether a foreign arbitral award may be enforced against a third party not named in the award. On that basis, the court remanded the case to the district court to decide whether the defendants were liable for the award as the debtor’s alter egos.

The court took the unusual step of issuing a new opinion on March 2, 2017 to correct one aspect of its original, January 18, 2017 decision. Originally, the court instructed the district court to consider whether the parties’ arbitration agreement reserved “the question of whether a non-signatory can be bound” for the arbitral tribunal or for the court to decide.  And if the district court found it could decide that question, it was to apply “ordinary principles of contract and agency” to determine whether the third parties could be bound by the award.  But the Association of the Bar of the City of New York urged the court to correct these instructions because “[t]he effectiveness or ineffectiveness of an award against third parties . . . does not depend on the intended scope of the arbitration agreement.”  The court ultimately agreed.