Where pro rata allocation applies, the policyholder is responsible for uninsured periods – even if insurance was unavailable. 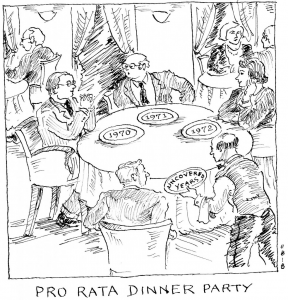 One of the main distinctions between pro rata and “all sums” allocation of long-tail claims is that, under pro rata allocation, the policyholder is responsible for periods in which it did not purchase insurance. By contrast, under “all sums” allocation, any triggered policy is potentially responsible for the entire loss, regardless of whether the policyholder bought coverage in all triggered periods.

In Keyspan, the New York Court of Appeals joined courts that have rejected the “unavailability exception.” The policyholder in Keyspan was a utility seeking coverage for environmental liability arising out of decades of contamination. During several years when the pollution was ongoing, environmental liability coverage was unavailable. The policyholder therefore argued that the court should apply the “unavailability exception.”

The Court of Appeals rejected this approach. According to the Court, “the unavailability exception” would “ignore the very premise underlying pro rata allocation.” The court explained that the exception “would effectively provide insurance coverage to policyholders for years in which no premiums were paid and in which insurers made the calculated choice not to assume or accept premiums for the risk in question.”

Where excess policy requires exhaustion through “payment . . . by the insurers,” exhaustion cannot be shown if underlying carrier pays less than its limit.

In Cooper, assignees of an excess policy sought coverage. The excess policy provided that it was triggered only if the underlying coverage had been exhausted “by reason of the payment … by the insurers of the Underlying Policies.” Prior litigation against the policyholder had been settled, with the insurer of an underlying $5 million policy paying $3.47 million, and an additional $1.65 million contribution from the policyholder.

The issue was whether the payments by the underlying carrier and the policyholder – which together exceeded the underlying policy’s $5 million limit – were sufficient to trigger the excess policy. The trial court held that the excess policy was not triggered because “the $1.65 million that insureds [paid] was not made ‘by the insurers of the Underlying Policies.’” 2015 WL 1276511 (C.D. Ca. Sept. 30, 2015). The court also distinguished cases involving different excess policy language.

The Ninth Circuit affirmed. Like the District Court, the Ninth Circuit found that “[t]he excess policy unambiguously requires exhaustion of underlying policy limits ‘by reason of the payment … by the insurers of the Underlying Policies.’” 716 Fed. Appx. 735, 736. This language, said the court, “forecloses the possibility of exhaustion through payment by parties other than the underlying insurers.” Thus, the policyholder’s payment could not serve to trigger the excess policy. 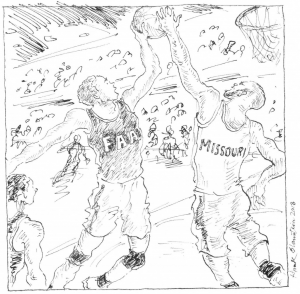 In Foresight, the court held that a Missouri law prohibiting arbitration of insurance disputes reverse preempted Chapter 2 of the FAA, which implements the Convention on the Recognition and Enforcement of Foreign Arbitral Awards (New York Convention).

The issue arose when a policyholder, a mining company, commenced an insurance coverage action in Missouri state court. One insurer removed the case to federal court based on FAA § 205. Section 205 permits removal of an action to enforce an arbitration agreement governed by the Convention. The policyholder, however, moved to remand the action to state court, arguing that under the McCarran-Ferguson Act, the Missouri anti-arbitration statute reverse preempted the FAA.

The court agreed with the policyholder. The insurers, relying on Fifth Circuit precedent, had argued that, because the Convention is a treaty rather than an “Act of Congress,” it cannot be reverse-preempted under McCarran-Ferguson. The court, reyling on conflicting authority from the Second Circuit, rejected this logic and found that the relevant federal law was Chapter 2 of the FAA, not the Convention (which is not self-executing). The FAA, said the court, is subject to reverse preemption because it is an “Act of Congress” that does not specifically relate to the business of insurance. As the court explained, “Missouri’s anti-arbitration provision falls squarely within the realm of traditional state responsibility over insurance matters as recognized by Congress in enacting the McCarran-Ferguson Act.” Thus, because removal was based solely on Section 205 of the FAA, the court’s conclusion that the statute was reverse-preempted led it to remand the action to state court.

The Second Circuit sets a higher bar to vacate an award based on the “evident partiality” of non-neutral arbitrators.

Under the Federal Arbitration Act, one of the grounds for vacating an arbitration award is the “evident partiality” of an arbitrator. But what happens when – as often happens in reinsurance arbitrations – the party-appointed arbitrators are expected to be pre-disposed?

In the last issue, we reported on the District Court’s decision in the above-captioned case. There, the court vacated a reinsurance arbitration award based on the evident partiality of a party-appointed arbitrator. The court held that the arbitrator’s failure to disclose his connections with one of the parties met the standard for evident partiality. In reaching that conclusion, the court expressly declined to draw a distinction between neutral and non-neutral arbitrators.

The Second Circuit, however, has now reversed. In an important decision, the court “join[ed] the circuits that distinguish between party-appointed and neutral arbitrators in considering evident partiality.”

The Second Circuit emphasized that non-neutral party-appointed arbitrators “are expected to serve as de facto advocates.” The court noted that this point is particularly “salient in the reinsurance industry, where an arbitrator’s professional acuity is valued over stringent impartiality.” For such arbitrators, it makes little sense to apply the same standards that would govern a neutral arbitrator.

Nevertheless, the court observed that “a party-appointed arbitrator is still subject to some baseline limits to partiality.” Although the court did not catalogue all such limits, it did note two: (1) a failure to disclose a relationship “is material if it violates the arbitration agreement;” and (2) “an undisclosed fact is material … if the party opposing the award can show that the party-appointed arbitrator’s partiality had a prejudicial effect on the award.” On the other hand, the fact that “a reasonable person (or court) could speculate or infer bias” will not suffice.

The Second Circuit remanded the case to the district court to determine if the arbitrator’s failure to disclose “either violate[d] the qualification of disinterestedness [in the arbitration agreement] or had a prejudicial impact on the award.”