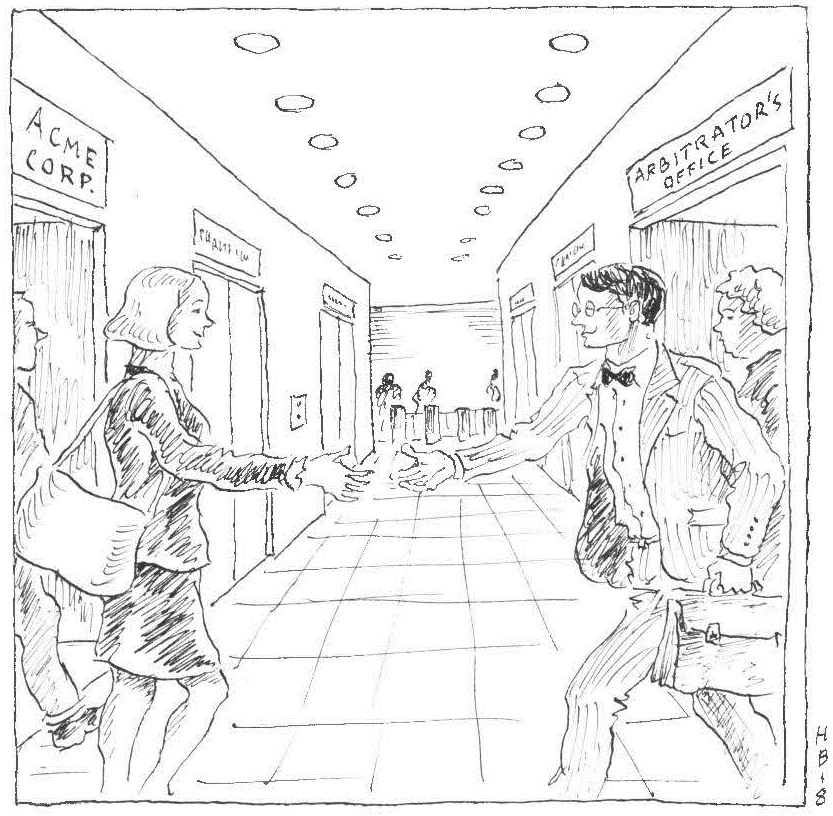 Court shifts arbitration out of neutral … Second Circuit: The “evident partiality” standard for party-appointed arbitrators is less stringent than for neutral umpires.

In the United States, the Federal Arbitration Act or “FAA” governs many arbitration-related issues, including how to enforce or vacate domestic and international arbitration awards. Chapter 1 of the FAA deals mainly with domestic arbitration and establishes certain limited grounds for vacating an award. One of those grounds is an arbitrator’s “evident partiality,” which exists when “a reasonable person would have to conclude that an arbitrator was partial to one party to the arbitration.”

With this decision, the Second Circuit joins a number of other federal circuits that have adopted a less stringent test for vacatur of an arbitral award based on a non-neutral party-appointed arbitrator’s evident partiality (as compared with the evident partiality of a neutral umpire). The rationale for this distinction is that a non-neutral party-appointed arbitrator “is expected to espouse the view or perspective of the appointing party,” while the selection of a neutral umpire is informed by an “ethos of neutrality.”

The parties’ dispute arose out of a series of reinsurance treaties. The arbitration 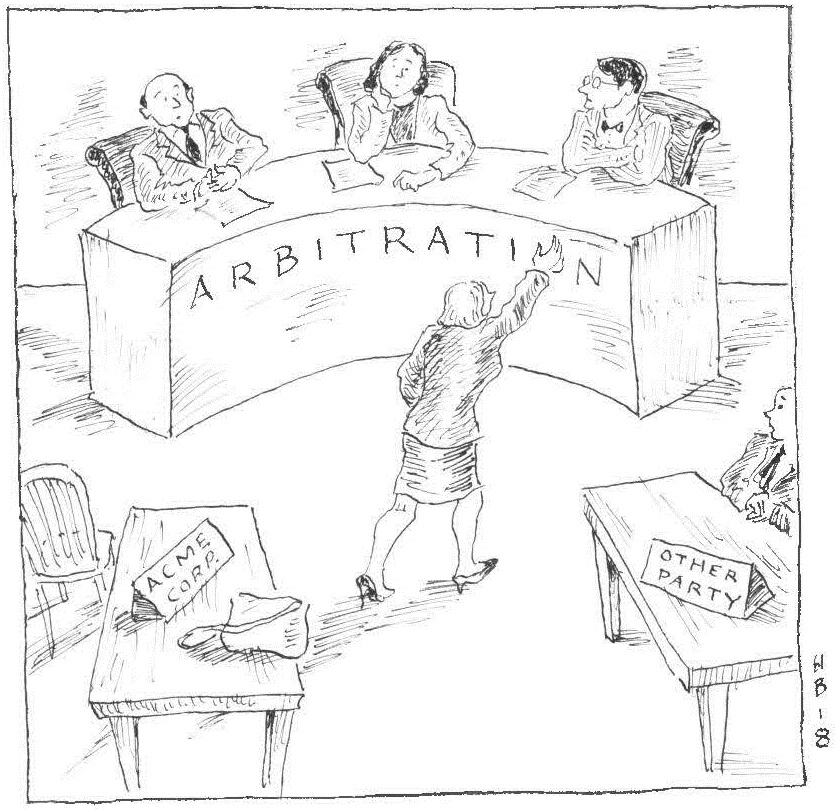 But the Second Circuit reversed. It emphasized the distinction between neutral arbitrators and non-neutral party-appointed arbitrators, “who are expected to serve as de facto advocates.” The court noted the salience of this distinction in the reinsurance industry, where “professional acuity is valued over stringent impartiality.”

Still, the court outlined two “baseline limits to partiality” for non-neutral party-appointed arbitrators—either of which, if violated, may result in vacatur of the award. First, a failure to disclose a party relationship will be deemed material if it violates the arbitration agreement. Second, an undisclosed relationship will be considered material if it “had a prejudicial effect on the award.” The fact that “a reasonable person (or court) could speculate or infer bias” will not suffice absent a “clear showing” that the undisclosed relationship or the non-disclosure itself “influenced the arbitral proceedings or infected an otherwise-valid award.”

The court also emphasized that “arbitration is a creature of contract,” and that New York courts will enforce the parties’ arbitration agreement as written. Parties are free to choose among “various degrees of partiality that inhere in the party-appointment feature.” But in this case, the factual record did not reveal what degree of partiality the parties intended when they specified that the arbitrators should be “disinterested.” As a result, the court remanded the case to the district court to determine if the arbitrator’s failure to disclose “violate[d] the qualification of disinterestedness [in the arbitration agreement] or had a prejudicial impact on the award.” 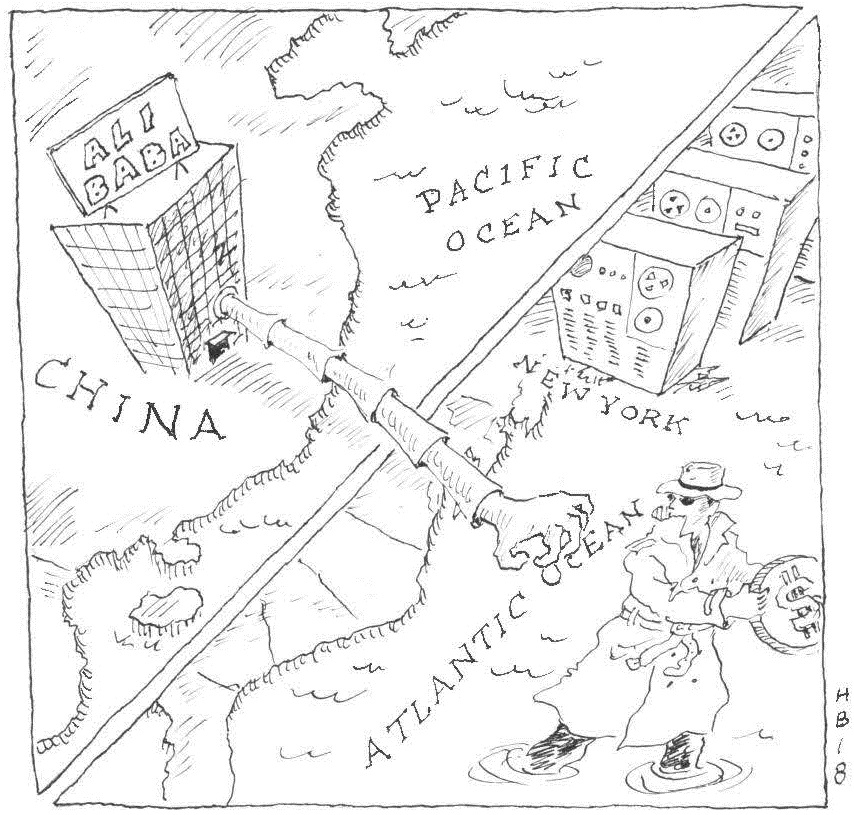 Applying this test, the district court declined to exercise long arm jurisdiction over Alibabacoin, a foreign cryptocurrency creator. Leading Chinese e-commerce conglomerate Alibaba sued Alibabacoin in New York, alleging that the latter’s use of the trademarked term “Alibaba” on its website amounted to trademark infringement. Because Alibaba sought a temporary restraining order and preliminary injunction, it had to demonstrate a reasonable likelihood of establishing personal jurisdiction over Alibabacoin in New York. And to meet that burden, Alibaba had to show (1) that Alibabacoin “purposefully availed itself of the privilege of conducting activities” in New York by projecting itself into the state “to engage in a sustained and substantial transaction of business”; and (2) the existence of an “articulable nexus” or “substantial relationship” between Alibaba’s claim and Alibabacoin’s New York activities.

Standing alone, the court found that Alibabacoin’s operation of its website did not satisfy the “purposeful availment” requirement. Under New York law, the operation of a website does not automatically confer personal jurisdiction. Rather, courts have developed a “spectrum of interactivity” test. This test places passive websites (which “merely make information available to viewers”) at one end of the spectrum and interactive websites (which “knowingly transmit goods or services to users in other states”) at the other end. The court found that Alibabacoin’s website was “highly interactive” and had “significant commercial elements” but deemed these factors insufficient because there was no indication that any sales through the website occurred in New York.

Likewise, the court declined to exercise personal jurisdiction over Alibabacoin based on its engagement of a New York-based company to host its website. Alibabacoin evidently conceded that its relationship with the New York web hosting company satisfied the “purposeful availment” test but argued that it failed to satisfy the separate “articulable nexus” requirement. The court agreed, explaining that Alibaba had cited no case where a court has ever found “that an agreement with a third-party web-hosting company in New York bears an articulable nexus to a trademark infringement claim involving a website.”

The court further declined to exercise personal jurisdiction over Alibabacoin based on its “plans to list its cryptocurrency on exchanges in the United States, including in New York.” Analogizing to securities cases, the court explained that foreign corporations have “substantial latitude to list their securities on New York-based stock exchanges . . . without thereby subjecting themselves to New York jurisdiction for unrelated occurrences.” Finally, the court rejected Alibaba’s attempt to base personal jurisdiction on Alibabacoin’s use of “U.S. dollars to project the value of its cryptocurrency and to quantify its market capitalization.”

Minority (discount) report … New York Court of Appeals: Where a minority partner wrongfully attempts to dissolve a partnership, valuation of the withdrawing partner’s interest is subject to a “minority discount.”

New York partnerships are governed by the state’s Partnership Law (New York’s version of the Uniform Partnership Act). The Partnership Law establishes default rules to govern various partnership-related matters, but parties remain free to contract around the statute in their partnership agreement. Recently, the New York Court of Appeals resolved a previously open question: when a minority partner wrongfully tries to dissolve a partnership but the business continues to operate, how should the minority partner’s interest be valued?

In cases involving wrongful dissolution, the Partnership Law contemplates valuing the partnership “as a going concern, rather than an asset to be liquidated.” As the Court explained, wrongful dissolution does not call for “a valuation of the entire business as if it were being sold on the open market,” but instead requires “a determination of the fair market value of the wrongfully dissolving partner’s interest as if that interest were being sold piecemeal and the rest of the business continuing as a going concern.” This approach differs from the analysis under the Revised Uniform Partnership Act, which a number of other states have adopted and which contemplates a valuation of all partnership assets (not just the interest of the withdrawing partner).

Based on the Partnership Law’s focus on the withdrawing partner’s interest, a five-judge majority concluded that “a minority discount is applicable, because a minority interest is worth less to anyone buying that interest alone.” But the partners remain free to “contract out of application of a minority discount to the valuation of their interests” if they wish.

Citing analogous corporate cases and policy reasons, two judges dissented in an opinion authored by Judge Feinman. Rather than applying a minority discount in this case, they would have preferred to value the partnership as a whole, as in those states that have enacted the Revised Uniform Partnership Act.