On an issue that may find its way to the US Supreme Court for final resolution, the Fifth Circuit holds that the New York Convention is an international treaty rather than an “Act of Congress” and is therefore not reverse preempted under McCarran-Ferguson by state law prohibiting arbitration of insurance disputes. 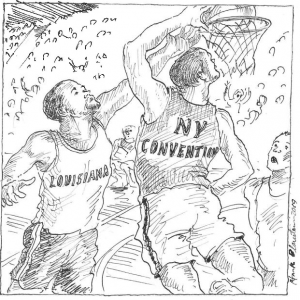 The McCarran-Ferguson Act preserves the state system of insurance regulation.  Its key provision states:  “No Act of Congress shall be construed to invalidate, impair, or supersede any law enacted by any State for the purpose of regulating the business of insurance . . . unless such Act specifically relates to the business of insurance.”  15 U.S.C. § 1012(b).  In Volume 4, we reported on the Eastern District of Missouri’s decision in Foresight Energy, LLC v. Certain London Market Insurance Companies (2018 WL 1942222), which held that a Missouri law prohibiting arbitration of insurance disputes reverse preempted Chapter 2 of the Federal Arbitration Act (FAA), which implements the Convention on the Recognition and Enforcement of Foreign Arbitral Awards (New York Convention) governing international arbitration agreements.  In so holding, the Foresight court relied on the Second Circuit’s decision in Stephens v. American International Insurance Co., 66 F.3d 41 (2d Cir. 1995).

The policyholder in McDonnel purchased a builder’s risk insurance policy from a group of foreign insurers, covering a construction project in Louisiana.  After the insurers denied its claim for coverage, the policyholder sued.  The insurers moved to dismiss, invoking the policy’s arbitration provision.

The policyholder argued that the policy’s “conformity to statute” provision amended the arbitration clause out of the contract.  The provision stated, “[i]n the event any terms of this Policy are in conflict with the statutes of the jurisdiction where the Insured Property is located, such terms are amended to conform to such statutes.”  The policyholder claimed that the policy’s arbitration clause conflicted with a Louisiana statute that prohibits arbitration agreements in insurance contracts covering property located in the state.  La. Rev. Stat. § 22:868(A).

The court rejected the policyholder’s argument, holding that the Louisiana statute did not conflict with the policy because it was preempted by the New York Convention.  Accordingly, the statute was inapplicable for purposes of the “conformity to statute” provision.  In so holding, the court rejected the policyholder’s argument that Louisiana’s anti-arbitration law reverse-preempted the New York Convention under the McCarran-Ferguson Act.  McCarran-Ferguson only bars an “Act of Congress” from preempting state insurance law, and the Convention is an international treaty, not an “Act of Congress.”  Accordingly, McCarran-Ferguson did not apply.

Is the phrase “occurrence not covered by” ambiguous? Northern District of New York says “No” — and then “Yes” …

Twice this year, the NDNY ruled on whether the phrase “occurrence not covered by” in reinsured umbrella policies covered expenses in excess of liability limits for occurrences for which the primary policy coverage was exhausted. The court gave inconsistent answers 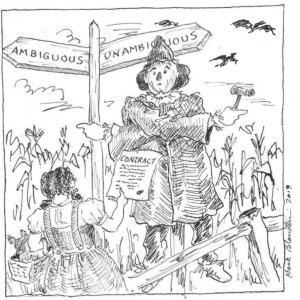 In the 1990s, Goulds Pumps, Inc. faced mounting personal injury liabilities from alleged exposure to asbestos in its products.  Goulds sought defense and indemnity coverage for these liabilities under various primary and umbrella policies Utica Mutual Insurance Company issued to Goulds between 1955 and 1986.  In 2007, Utica reached a settlement with Goulds, agreeing to pay in excess of $300 million for Goulds’s asbestos liabilities and related defense expenses.  Utica allocated defense and indemnity for each claim to its policies on a pro rata basis.  Litigation between Utica and its reinsurers over facultative coverage for losses allocated to several of its Goulds umbrella policies ensued.

Utica Mut. Ins. Co. v. Munich Reins. Am., Inc., 381 F. Supp. 3d 185 (N.D.N.Y. 2019), concerned Munich facultative certificates covering Utica’s umbrella policies for the 1973 and 1977 policy years.  The parties’ disputed whether Munich was also obligated to pay a share of the defense and loss adjustment expenses Utica allocated to these policies in excess of the certificates’ liability limits.  Following a ten-day bench trial, the court found that Munich was not obligated to pay these expenses under the 1973 certificate, but it was also not entitled to reimbursement of expenses it voluntarily paid under the 1977 certificate.

On summary judgment, the court found the “occurrence not covered by” language ambiguous.  Following the trial, however, the court reconsidered its prior determination, and found that it was unambiguous.  It did not refer, as Utica contended, to occurrences that the primary policy no longer covered because its limits had been exhausted.  Rather, an “occurrence not covered by” the primary policy could only mean an occurrence that was altogether outside the scope of coverage provided by the underlying policies.  Here, the primary policy covered the asbestos losses.  Accordingly, the umbrella policy, and therefore the facultative certificate, did not cover defense expenses related to those losses outside the liability limits.

On the other hand, the court held that the voluntary payment doctrine barred Munich’s claim for reimbursement of the expenses in excess of limits it had previously paid under the 1977 facultative certificate.  That doctrine “precludes a plaintiff from recovering payments ‘made with full knowledge of the facts’ and with a ‘lack of diligence’ in determining his contractual rights and obligations.”  The court found that Munich had previously paid Utica’s billing for defense expenses under the 1977 certificate, despite knowing that “none of the documentation Utica had sent revealed any language indicating that the 1977 Umbrella [policy] was expense-supplemental.”

On remand, the district court found that the language “does not unambiguously state whether it is referring to compensation that does not occur because it is outside the scope of the underling primary policies’ coverage grant or because the underlying policy has been exhausted.”  Rather, the court held, “it appears that this provision could apply to either or both situations.”  The court therefore ordered the parties to trial to resolve this ambiguity.

In refusing to follow the Munich court’s holding that the language was unambiguous, the court noted that that court had initially found the language ambiguous at summary judgment, and only determined that the language was unambiguous after a ten-day trial.  The court also found that the 1973 umbrella policy at issue in Munich contained “materially different language” from the 1978-81 umbrella policies at issue in this case.  While not specifically identifying this different language, the court found that it “changes the context of the agreement as a whole.”

Federal court admits it was wrong to rewrite policy to create coverage. On reconsideration of its own decision, the court applied the policy’s broad and unambiguous firearm exclusion.

A patron’s estate sued a bar owner for wrongful death after the patron was shot on its premises.  The bar owner sought coverage under its commercial general liability policy.  The insurer denied coverage based on the policy’s “Firearms Exclusion.”  The provision excluded coverage for bodily injury “arising out of the manufacture, importation, sales, distribution, gunsmithing, ownership, maintenance, or use of firearms or weapons.”

On reconsideration, the court held that the exclusion was unambiguous because it permitted only one reasonable interpretation.  The initial order “effectively changed the language of the Firearms Exclusion and inserted modifying language not otherwise present in the exclusion agreed upon by the parties.”  The insurer’s “decision not to limit the word ‘use’ to certain persons means that it applies to anyone’s use of a firearm.”   While the exclusion was broad, “breadth does not equate to ambiguity.”