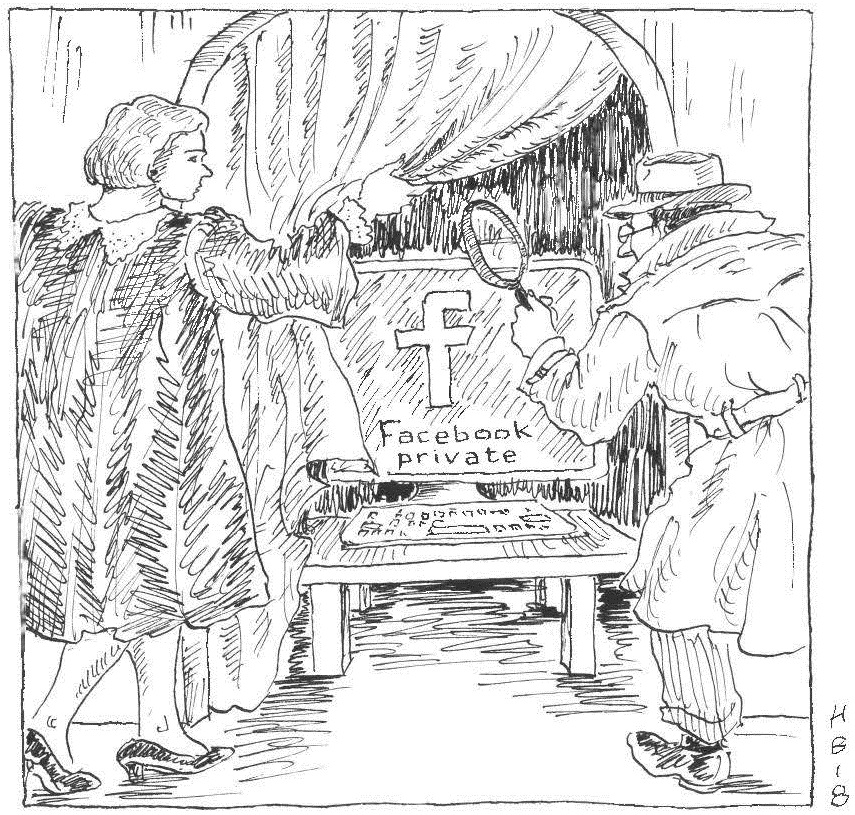 The New York Civil Practice Law and Rules (CPLR) provides for “full disclosure of all matter material and necessary to the prosecution or defense of an action.” New York courts apply this standard liberally: the party seeking disclosure need only show that the discovery sought is “reasonably calculated to yield” relevant information. But courts also consider whether discovery will impose “any special burden” on the producing party.

Until now, New York courts have been more skeptical when it comes to discovery from social media accounts and have developed a heightened threshold for such discovery. Under the more restrictive standard, a party seeking discovery of material in the “private” portion of a social media account (available only to “friends” or “contacts”) first had to demonstrate the existence of relevant material in the “public” portion of the account (visible to anyone on the Internet).

Applying this standard, the Appellate Division, First Department largely denied the defendant’s request for discovery from the “private” portion of a personal injury plaintiff’s Facebook account. The plaintiff alleged that she suffered traumatic brain injuries when she fell from a horse owned by the defendant, resulting in “cognitive deficits, memory loss, difficulties with written and oral communication, and social isolation.” At her deposition, the plaintiff explained that before her accident, she regularly posted photographs showing her active lifestyle on Facebook, but that she became reclusive after the accident and had difficulty using a computer and composing coherent messages. On these facts, the First Department largely reversed the trial court’s order authorizing discovery from the private portion of the account, including pre- and post-accident photographs and records showing the timing and number of characters in the plaintiff’s post-accident messages. Instead, the appellate court authorized discovery of only those private photographs the plaintiff intended to introduce at trial and rejected the defendant’s request for data concerning the plaintiff’s post-accident messages.

But the Court of Appeals reversed and reinstated the trial court’s original, broad discovery order. The Court rejected “the notion that the account holder’s so-called ‘privacy’ settings govern the scope of disclosure of social media materials.” Instead, the relevant question is “whether the materials sought . . . are reasonably calculated to contain relevant information.” Otherwise, the Court reasoned, an account holder could “unilaterally obstruct disclosure merely by manipulating ‘privacy’ settings or curating the materials on the public portion of the account.” Yet the Court also declined to adopt a “one-size-fits-all rule” that “commencement of a personal injury action renders a party’s entire Facebook account automatically discoverable.” Rather, the Court established a two-part test to assess discovery requests for social media information. First, courts should determine whether relevant material is likely to be found in a social media account by examining the nature of the events giving rise to the litigation. Second, discovery orders should be tailored to “identif[y] the types of materials that must be disclosed while avoiding disclosure of nonrelevant materials.”

Courts generally lack the power to adjudicate a dispute unless they have jurisdiction over the defendant (known as “personal jurisdiction”) or the defendant’s in-state property (known as “quasi in rem jurisdiction”). But New York courts have created an exception to this rule for proceedings to recognize a foreign money judgment under Article 53 of the New York Civil Practice Law and Rules (“CPLR”). Under this exception, a judgment creditor may obtain recognition of a foreign money judgment in New York even if the judgment debtor is not subject to personal jurisdiction in New York and has no assets in the state. The rationale for the exception is that judgment recognition proceedings are “ministerial” because the foreign court has already adjudicated the parties’ underlying dispute.

In AlbaniaBEG, the Appellate Division, First Department sharply curtailed the scope of this exemption from personal or quasi in rem jurisdiction. Going forward, the exemption applies only where the judgment debtor “does not contend that substantive grounds exist to deny recognition to the foreign judgment” under CPLR Article 53. Otherwise, the New York court’s “function ceases to be merely ministerial,” and the judgment creditor must establish either personal or quasi in rem jurisdiction. This newly-formulated rule reduces the jurisdictional discrepancy between proceedings to enforce foreign money judgments under the CPLR and proceedings to enforce foreign arbitral awards under the Federal Arbitration Act. Federal courts have consistently held that “jurisdiction over the person or the property” of the award debtor is a general prerequisite for recognition of a foreign arbitral award, irrespective of whether the award debtor also challenges recognition on other grounds (such as the grounds enumerated in Article V of the New York Convention).

The First Department reversed the trial court’s ruling and granted the Italian defendants’ motion to dismiss the Albanian plaintiff’s action to recognize and enforce an Albanian judgment arising from a dispute over the contemplated construction of a hydroelectric power plant in Albania. After one of the defendants prevailed against the plaintiff’s parent company in an Italian arbitration, the plaintiff commenced proceedings in Albania and obtained a judgment against the defendant in that country. The plaintiff then filed a motion for summary judgment in lieu of a complaint against the Italian counterparty and its parent company seeking enforcement of the Albanian judgment in New York.

The defendants moved to dismiss, asserting that the plaintiff had established neither personal nor quasi in rem jurisdiction because both defendants were “foreign corporations with no known presence in New York,” and the plaintiff neither alleged any dispute-related contacts between the defendants and New York nor identified any property of the defendants within the state. The defendants also planned to assert multiple ground for non-recognition of the Albanian judgment under CPLR Article 53, including that the Albanian proceedings were contrary to the parties’ arbitration agreement, and that Albanian tribunals and procedures are not compatible with due process.

Because the defendants “attacked the Albanian judgment as failing to meet the prerequisites for recognition under article 53” and the plaintiff did not seek jurisdictional discovery, the court granted the defendants’ motion to dismiss and directed entry of judgment in their favor. 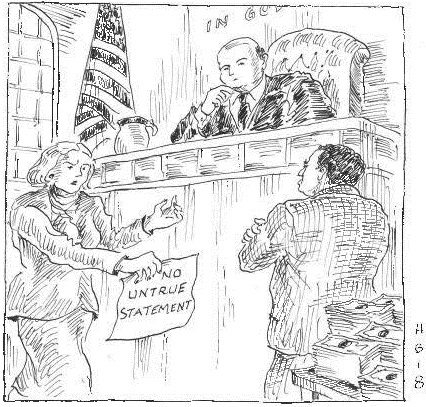 Don’t find fault, find a remedy … New York Court of Appeals: Plaintiff could not avoid a contractual limitation of liability for breaches of specific warranties by alleging violations of a general “no untrue statement” clause.

Under New York law, a contract that is clear and complete will be enforced according to its terms. New York courts routinely give effect to contractual limitations of liability “because those provisions represent the parties’ agreement on the allocation of the risk of economic loss in certain eventualities.” And courts will enforce “sole remedy” provisions if they are “sufficiently clear to establish that no other remedy was contemplated by the parties at the time the contract was formed.”

Applying these principles to a case involving “claims of widespread misrepresentations and bad business practices in the residential mortgage-backed securities . . . industry,” the Court of Appeals held that the trustee of a securitization trust could not avoid a provision in a mortgage loan purchase agreement limiting the trustee’s remedies for breaches of certain representations and warranties “as to each Mortgage Loan” by arguing that its claims arose from breaches of a general “no untrue statement” provision. The more specific provision limited the trustee’s remedy for uncured breaches to the right to demand that the defendant sponsor repurchase the affected mortgage loans (in lieu of damages).

The trustee argued that the “no untrue statement” provision applied to the trustee’s claims of “pervasive” breaches, while the limitation of liability applied only to “loan-specific representations.” On that basis, the Trustee claimed that it was not limited to demanding the repurchase of the loans and instead could seek general contract damages. But the Court rejected the trustee’s argument, finding “no support” in the loan purchase agreement for the proposition “that the “Sole Remedy Provision applies only to occasional mortgage loan-specific breaches.” As a result, the Court granted the defendant’s motion to dismiss the trustee’s claims for damages.

Two dissenting judges would have allowed some or all of the trustee’s damages claims to proceed. Judge Feinman found that the sole remedy provision did not “encompass all material misstatements relating to an individual mortgage loan,” and that the trustee adequately alleged at least some misstatements not covered by the limitation of liability. Writing separately, Judge Rivera reasoned more broadly that requiring the defendant “to repurchase or replace loans that violate the warranties” made sense if the alleged violations affected only “a small number” of loans, but that the contractual limitation of remedies did not extend to the “large scale” manipulations of the loan pool alleged by the trustee.