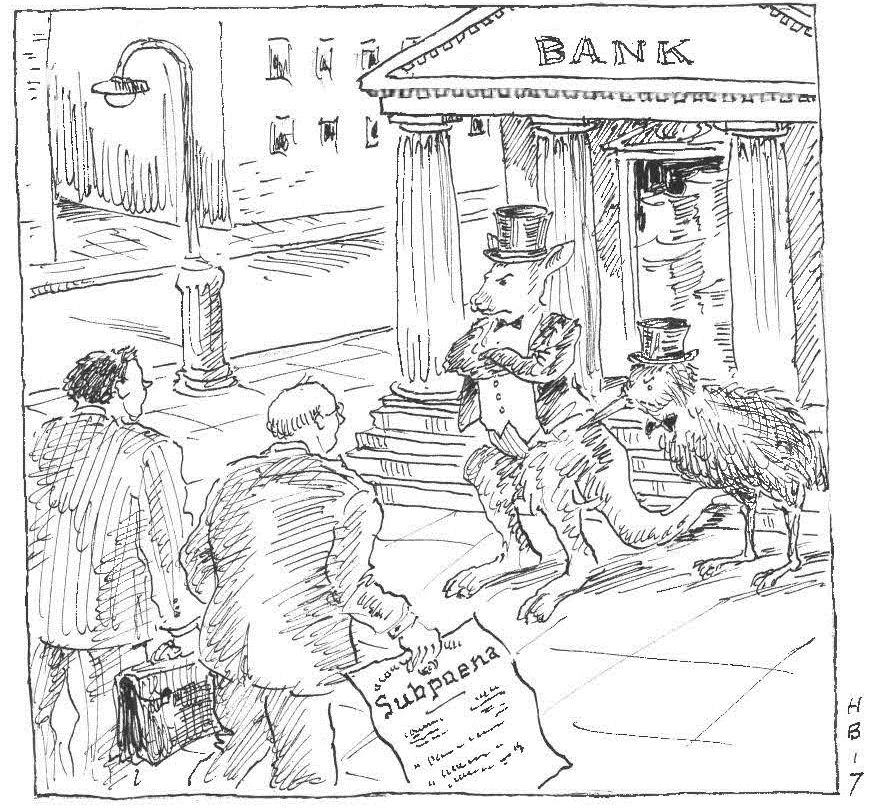 Please stand back; the doors (on foreign bank subpoenas) are closing … Southern District of New York: Court could not enforce subpoena for discovery in aid of foreign proceedings pursuant to 28 U.S.C. § 1782 without personal jurisdiction over the discovery target.  Court lacked jurisdiction over bank incorporated and headquartered in Australia where the discovery sought was unrelated to the activities of the bank’s New York branch.

A statute known as 28 U.S.C. § 1782 enables parties involved in (or contemplating) litigation anywhere in the world to apply directly to a U.S. federal district court for an order authorizing discovery from any individual or entity that “resides or is found” in that judicial district.  Under the statute, the foreign dispute need not have any connection with the United States.  If the court finds that the statutory requirements for section 1782 discovery are satisfied and certain discretionary factors likewise weigh in favor of granting discovery, the court will authorize service of a subpoena on the discovery target.  Once authorized, section 1782 discovery is subject to the same liberal standards that govern discovery in ordinary U.S. federal court litigation.

Resolving an unsettled question, the district court held that courts “must have personal jurisdiction over” the individual or entity from whom discovery is sought under the Due Process Clause of the United States Constitution in order to enforce a section 1782 subpoena.  The court found that it lacked personal jurisdiction over the discovery target (an Australian bank) where the applicant sought discovery from the foreign bank’s New York branch but there was “no nexus” between the bank’s New York activities and “the subject matter of the discovery sought.”  On that basis, the court granted the bank’s motion to quash (i.e., set aside) the subpoena.

The court found it unnecessary to decide whether the “resides or is found” requirement in section 1782 is a sufficient statutory basis for personal jurisdiction because the constitutional due process requirements were not satisfied in any event.  First, the court found that it lacked general or all-purpose personal jurisdiction over the Australian bank under Daimler AG v. Bauman, 134 S.Ct. 746 (2014).  In Daimler, the United States Supreme Court held that absent “exceptional” circumstances, a corporation is subject to general jurisdiction only at its place of incorporation or principal place of business.  Yet the Australian bank was both incorporated and headquartered in Australia.  And just 2% of the bank’s assets, operating income and profit were attributable to New York, and only 0.3% of its employees were based there—hardly the sort of “exceptional” circumstances that would justify the exercise of general jurisdiction over the bank in New York.  Relying on the Second Circuit’s decision in Brown v. Lockheed Martin Corp., 814 F.3d 619 (2d Cir. 2016) (discussed here), the court further held that the Australian bank could not be deemed to have consented to general personal jurisdiction in New York merely because the U.S. International Banking Act of 1978 governed the bank’s New York operations.

Finally, the court found that it also lacked specific personal jurisdiction over the bank because the subject matter of the discovery sought (relating to a dispute over “turbines in Australia that were leased to an Australian company that received loans from an Australian bank and went into bankruptcy in Australia”) was unrelated to the activities of the bank’s New York branch.  The court declined to authorize jurisdictional discovery, finding that the applicant had not made the necessary “sufficient start” toward establishing personal jurisdiction to justify such discovery.

A rule more honored in the (anticipatory) breach … New York Court of Appeals: The mere filing of a lawsuit for rescission of an agreement is not an anticipatory breach of contract unless it amounts to a “positive and unequivocal” repudiation.

Under New York law, a party’s repudiation of a contractual duty before performance is due amounts to an anticipatory breach of contract.  A party may repudiate a contract either expressly or by its actions, as long as the expression of its intent not to perform is “positive and unequivocal.”  Following a repudiation, the counterparty has two options:  it may ignore the breach and treat the contract as persisting, or it may immediately claim damages for total breach.

Addressing an “unsettled question” of New York law, the Appellate Division, First Department ruled that the filing of an action for rescission (i.e., unwinding) of a contract “before the date of performance constitutes an anticipatory breach” because it “unequivocally evinces the plaintiff’s intent to disavow its contractual obligations.”  But the Court of Appeals disagreed.  It declined to adopt a bright-line rule and instead made clear that careful scrutiny of the circumstances is required.

The plaintiff sought specific performance of an agreement for the purchase of waterfront property on New York’s Staten Island, but sought rescission of certain subsequent amendments on the basis that they were induced by the defendant’s misrepresentations.  The Court of Appeals held that the plaintiff’s effort to avoid the amendments while seeking “specific performance of the original agreement” did not amount to a “positive and unequivocal” repudiation.  Instead, the Court analogized the plaintiff’s lawsuit to a declaratory judgment action, reasoning that the plaintiff was merely seeking “a judicial determination as to the terms of the contract.”  And “the mere act of asking for judicial approval to avoid a performance obligation” did not establish the plaintiff’s intent “not [to] perform that obligation absent such approval.” 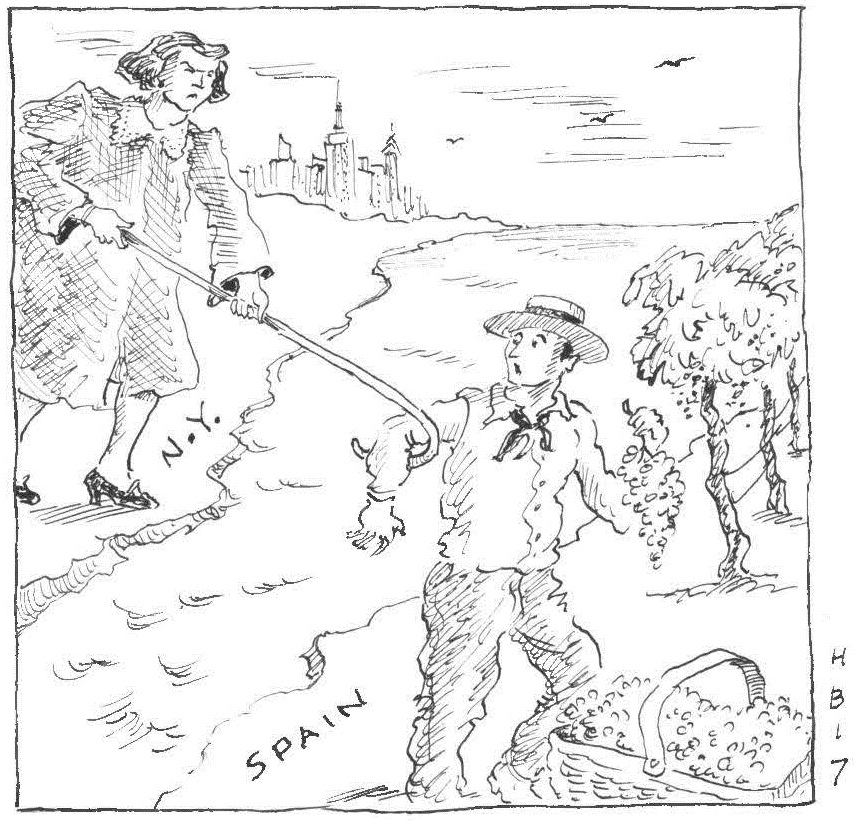 A shot in the long arm of New York jurisdiction … New York Court of Appeals: Spanish winery was subject to personal jurisdiction under New York’s long arm statute for failure to pay commissions to its Spanish counterparty based on sales to the winery’s New York distributor.

New York’s long arm statute, CPLR 302, authorizes personal jurisdiction over out-of-state defendants on several grounds, including where the defendant “in person or through an agent . . . transacts any business within the state.”  Courts apply a two-part test to determine whether long arm jurisdiction exists on transaction of business grounds.  First, the defendant must have “purposefully availed itself of the privilege of conducting activities” in New York by projecting itself into the state “to engage in a sustained and substantial transaction of business.”  And second, an “articulable nexus” or “substantial relationship” must exist between the plaintiff’s claim and the defendant’s in-state activities.  Additionally, the exercise of long arm jurisdiction is subject to the due process limitations of the United States Constitution.

Applying this test, the Court of Appeals found CPLR 302 long arm jurisdiction over a Spanish winery sued in New York for failure to pay sales commissions to a Spanish plaintiff in Spain.  The gist of the parties’ oral agreement was that the plaintiff would find a distributor to import the winery’s products into the United States, and the winery in turn would pay the plaintiff a commission “at a specified rate on wine sales made to that distributor.”

According to the Court, the winery’s New York activities satisfied the “purposeful availment” requirement for personal jurisdiction.  The winery accompanied the plaintiff to the United States several times, including on one occasion where the plaintiff introduced the winery to the New York-based company that later entered into an exclusive U.S. distribution agreement with the winery.  On that basis, the Court found that “not only was the [winery] physically present in New York on several occasions, but its activities here resulted in the purposeful creation of a continuing relationship with a New York corporation.”

Finally, the Court found that the exercise of long arm jurisdiction over the winery comported with federal due process.  The winery’s multiple visits to New York “to promote its wine with the purpose of finding a United States distributor” and subsequent sales of its wine “to a New York-based distributor” established the necessary “minimum contacts” with New York, and the winery identified “no compelling reason” why the exercise of jurisdiction was unreasonable.