DISPUTES AT THE CROSSROADS: How a Bankruptcy Case or State Insolvency Proceedings Can Affect Contractual Arbitration Rights

All complex commercial and financial disputes require handling by skilled disputes lawyers with strong business instincts and judgment. Some disputes require more—namely, specialist industry or practice area expertise on top of general disputes experience. At Chaffetz Lindsey, we handle complex general commercial and financial disputes in a wide variety of industries, and we have the specific experience and expertise necessary to handle major disputes in four areas where specialization is important: Arbitration, Bankruptcy and Restructuring, Insurance and Reinsurance, and International Disputes. In this series—“Disputes at the Crossroads”—we address some of the issues that arise at the intersections of our core specialty practice areas.

In this installment, we discuss what happens when a party to a dispute subject to a contractual arbitration clause is involved in a bankruptcy case or state insolvency proceedings. Are the contractual arbitration rights enforceable, or does the dispute have to be decided in the bankruptcy court or the state insolvency proceeding? Three recent decisions in the insurance area illustrate some of the applicable concepts and rules. We also are monitoring one pending decision to see if it provides further guidance.

A lender filed a proof of claim for amounts borrowed pre-petition by a chapter 13 debtor.  The debtor then commenced an adversary proceeding: (a) objecting to the claim on the basis the high interest loan violated state usury laws, thus rendering the loan agreement null and void; and (b) seeking affirmative recoveries on behalf of the debtor and all similarly situated debtors.  In response, the lender sought to enforce an arbitration clause in the applicable loan agreement.

On appeal, the District Court noted the inherent conflict between the Federal Arbitration Act (“FAA”) and the Bankruptcy Code.  The FAA “establishes ‘a liberal federal policy favoring arbitration agreements.’”  CompuCredit Corp. v. Greenwood, 565 U.S. 95, 98 (2012).  Meanwhile, through the U.S. Bankruptcy Code, “Congress intended to grant comprehensive jurisdiction to bankruptcy courts so that they might deal efficiently and expeditiously with all matters connected with the bankruptcy estates.”  Celotex Corp. v. Edwards, 514 U.S. 300, 308 (1995).  When a conflict between those two policy goals occurs, the Supreme Court requires that “the party seeking to prevent enforcement of an arbitration agreement must show that ‘Congress has evinced an intention to preclude a waiver of judicial remedies for the statutory rights at issue.’”  Moses v. CashCall, Inc., 781 F.3d 63, 71 (4th Cir. 2015) (quoting Green Tree Fin. Corp. v. Randolph, 531 U.S. 79, 90 (2000).

That determination of Congressional intent is to be made by the Bankruptcy Court when constitutionally core bankruptcy claims are at issue.  (Otherwise, the District Court would make the determination).  Core bankruptcy claims either stem from the bankruptcy case itself or necessarily would be resolved in the bankruptcy claims allowance process.  See Stern v. Marshall, 564 U.S. 462, 499 (2011).  Here, the lender argued the subject claims were not core because the debtor sought affirmative relief in the form of damages.  Nonetheless, in affirming the Bankruptcy Court’s decision, the District Court found the Debtor’s counterclaims to be constitutionally core because the affirmative relief sought by the debtor requires a finding the loan agreement violates Virginia law and, therefore, would be null and void.  In effect, the fact the ultimate relief sought by the Debtor is an affirmative recovery was “inconsequential to the core/non-core analysis” because the validity of the loan agreement (and, therefore the lender’s claim) must be resolved first.

The District Court also found the Bankruptcy Court did not abuse its discretion in denying enforcement of the arbitration clause because as to such constitutionally core claims against the debtor, compelling arbitration (rather than resolving the dispute in the Bankruptcy Court) would undermine the Bankruptcy Code’s purpose of centralizing disputes concerning a debtor’s obligations, thereby promoting efficient reorganization of an estate.

A Chapter 7 trustee commenced an adversary proceeding against the debtor’s former CEO based on alleged breaches of his employment agreement and of his duties as an officer and director of the debtor.  The CEO then argued the trustee’s claims were subject to the arbitration clause in the CEO’s employment contract.

The District Court followed an analysis similar to that in Allied Title Lending, LLC v. Taylor—the first case discussed above—which also was based largely on the Fourth Circuit’s decision in Moses v. CashCall, Inc.  The District Court reasoned that under Moses, “[t]he core/non-core distinction . . . is not mechanically dispositive in deciding whether a bankruptcy judge may refuse to send a claim to arbitration.”  781 F.3d at 71 (citation omitted).  “Instead, what matters fundamentally is whether compelling arbitration for a claim would inherently undermine the Bankruptcy’s Code’s animating purpose of facilitating the efficient reorganization of an estate through the ‘centralization of disputes concerning a debtor’s legal obligations . . . ’.”  Id. at 83 (citation omitted).  In addressing that question, a “bankruptcy court’s discretion to deny arbitration of non-core matters is . . . necessarily narrow.”  Id. at 84.  In particular, a conflict with the Bankruptcy Code’s purposes “must be inherent and ‘sufficient to override by implication the presumption in favor of arbitration.’”  Id. at 88 (citation omitted).

The District Court, then applied the Fourth Circuit’s analysis to reach a different result based on facts different from those of Allied Title Lending, LLC v. Taylor.  The District Court found the trustee’s claims were not “core” claims because they were “ancillary to the Debtor’s bankruptcy and did not implicate a provision of the Bankruptcy Code, the related rules, or this court’s administration of bankruptcy.”  Based on that finding, and despite the District Court having stated the core/non-core distinction was not dispositive regarding whether to compel arbitration, the District Court then found it had “no discretion to withhold arbitration.” Nonetheless, as the CEO recently had commenced his own chapter 13 case and, therefore, the trustee’s claim might be more central (core) to that case, the District Court reserved the right to revisit enforcement of the arbitration clause.

An insurer (Integrand) that became the subject of rehabilitation proceedings initiated by the Puerto Rico Commissioner of Insurance previously had commenced litigation to enforce reinsurance contracts executed by multiple reinsurers.  At issue were reinsurance recoveries based on payments made by the insurer to its insureds due to their hurricane related damage claims.  The defendant reinsurers removed the insurer’s suit to the Federal District Court based on diversity jurisdiction and moved to compel arbitration.  The District Court found arbitration was contractually compelled because the applicable arbitration clause satisfied the four requirements of the First Circuit: “(1) a valid arbitration agreement must exist; (2) the moving party must be entitled to invoke the arbitration clause; (3) the other party must be bound by the clause; and (4) the claim must fall within the scope of the arbitration clause.”  Integrand v. Everest, p. 12, citing Intergen N.V. v. Grina, 344 F.3d 134, 142 (1st Cir. 2003).”

The District Court then addressed whether the pendency of Integrand’s state insurance liquidation proceeding precluded the Court from compelling arbitration under the Federal Arbitration Act (the “FAA”).  There is no statutory provision in Puerto Rico conferring exclusive jurisdiction on the state court overseeing the insurance liquidation proceedings to address all claims involving the subject insurance company.  The District Court reasoned that absent such a statutory provision, the Court could not assume the state court liquidation procedure divested the District Court of federal jurisdiction.  Id. at 25.  The District Court also reasoned that even were there a state law prohibiting arbitration when a party is the subject of an insured liquidation proceeding, “the Supreme Court has established that by virtue of the Supremacy Clause, the FAA trumps any inconsistent state statute.  AT&T Mobility LLC v. Concepcion, 563 U.S. 333 (2011).”  Id.  Consequently, the Court found the FAA would preempt any state law prohibiting arbitration of disputes involving an insolvent insurer and, therefore, compelled the parties to arbitrate their reinsurance disputes.

Upon the commencement of a U.S. bankruptcy case, a stay automatically arises to enjoin virtually all pending or future litigation involving the debtor in order to provide the debtor with a breathing spell to seek to consensually resolve issues with creditors.  That automatic stay may be modified to permit specified litigation to proceed to a judicial or arbitrated conclusion.

Recently, in the Purdue Pharma chapter 11 cases, one of the debtors’ insurers, Ironshore Specialty Insurance Company a/k/a TIG Specialty Insurance (“TIG”), requested such stay modification to enable an arbitration to resolve a dispute regarding TIG’s excess policy coverage of certain types of claims against the debtors.  The debtors and their official creditors’ committee opposed TIG’s motion on two grounds.  First, they argued an arbitration determination would interfere with resolution of a key bankruptcy issue – how to allocate Purdue Pharma’s available value among various creditor constituencies. Second, they asserted that permitting the arbitration to proceed would interfere with the debtors’ ability to reach settlements with their other insurers.

While the legal standard applicable to a bankruptcy stay modification motion differs from the standard applicable to determining whether a dispute should be resolved by arbitration or a bankruptcy court, the central consideration remains the potential impact on the applicable bankruptcy case.  Hence, how the issue is judicially resolved in the Purdue Pharma cases (assuming there is no settlement) should be notable.  Accordingly, we will continue to follow developments there. 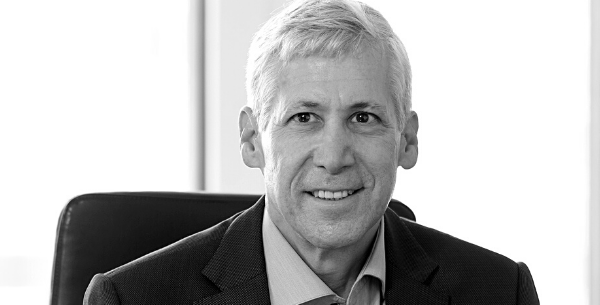