December 2018 – Chaffetz Lindsey is pleased to announce that Erin Valentine and Gretta Walters have been promoted from Associate to Counsel effective January 1, 2019.  Erin has also been named as the Head of Client Development, a new role at the firm where she will be responsible for developing client and intermediary relationships and creating new business opportunities.

Erin has been an Associate at Chaffetz Lindsey since May 2010 and has handled a variety of international arbitration, complex commercial litigation, and insurance coverage disputes during her tenure. She has represented individual and corporate clients as well as foreign sovereigns in U.S. courts and before arbitral tribunals.  Prior to joining Chaffetz Lindsey, Erin was an associate with the International Justice Network. Admitted to practice in New York, Erin earned her J.D. from the University of Pennsylvania Law School, where she was a James Wilson Scholar, Senior Editor of the University of Pennsylvania Journal of International Law, and a recipient of the Blank Rome Alvin Ackerman Prize, Foreign Public Interest Scholarship and Pro Bono Service Recognition Award. She received her B.A. at the University of California, Irvine.

Peter Chaffetz, a founding partner of the firm, said, “Erin has been a great citizen of the firm who has made herself indispensable to a succession of our most important cases.  Based on the following she has built among our clients, we thought it a great opportunity for her and for the firm to formalize her new client-development responsibilities as part of her practice.”

According to James Hosking, also a founding partner, “Gretta has become an integral part of the firm’s expanding international arbitration team.  She’s a brilliant lawyer who has played a leading role in some of our most complex cases.  We look forward to her continued success at the firm and as one of the growing number of top women arbitration lawyers in New York.”

Chaffetz Lindsey is a leading international arbitration and litigation boutique committed to providing business-minded solutions for our clients.  From its New York base, the firm helps American and overseas clients resolve complex disputes before US courts and in front of arbitral tribunals around the world.

Global Arbitration Review reported on the counsel promotion. The article can be found by clicking here. 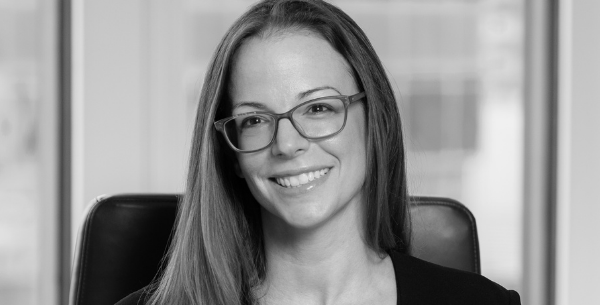